Riviera Residences is a freehold condominium located on Riviera Drive, off Upper East Coast Road, in District 16. The 138-unit development was completed in 2007 and comprises two- to four-bedroom units that range from 786 sq ft to 2,476 sq ft. It is located between two upcoming MRT stations on the Thomson-East Coast Line — Bedok South and Bayshore stations — which are expected to open by 2024. The development is also close to Temasek Primary School, Temasek Secondary School and Temasek Junior College. 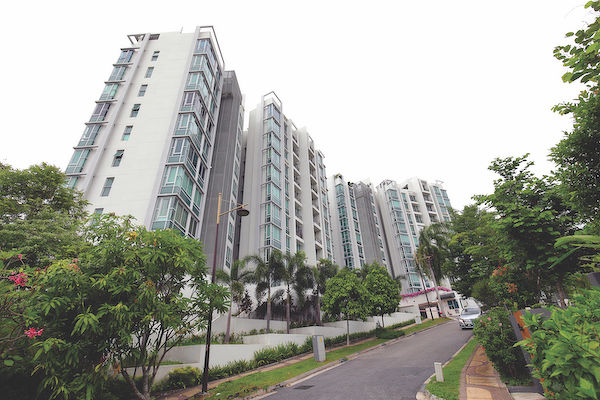 Martin Place Residences is a freehold development at Martin Place in prime District 9. The 302-unit development was completed in 2011 and comprises one- to five-bedroom units that range from 592 sq ft to 3,380 sq ft. It is located in the River Valley residential neighbourhood and close to new developments like Martin Modern and The Avenir. It is also a 10-minute walk to Great World shopping mall and close to the upcoming Great World MRT Station on the Thomson-East Coast Line, which is opening next year. The 28-unit Boulevard Vue is a luxury freehold condominium developed by Far East Organization and completed in 2013. It comprises a single 32-storey residential block, with 26 four-bedroom apartments that range from 4,424 sq ft to 4,510 sq ft in size. There are also two penthouses of 8,051 sq ft and 11,098 sq ft in size, each with a private pool and roof terrace. The most unprofitable deal of the week was the sale of a 4,392 sq ft unit at Boulevard Vue for $11.7 million. (Picture: Samuel Isaac Chua/The Edge Singapore)

The June 4 transaction at Boulevard Vue has the lowest psf price sale for a unit so far. The last time a unit was sold for less than $3,000 psf was six years ago, when a 4,478 sq ft unit on the 15th floor was sold for $12.5 million ($2,792 psf) in April 2015. According to URA caveats, this transaction was a subsale, and no prior caveat was lodged for the preceding sale.